What's Going on with Puerto Rico? 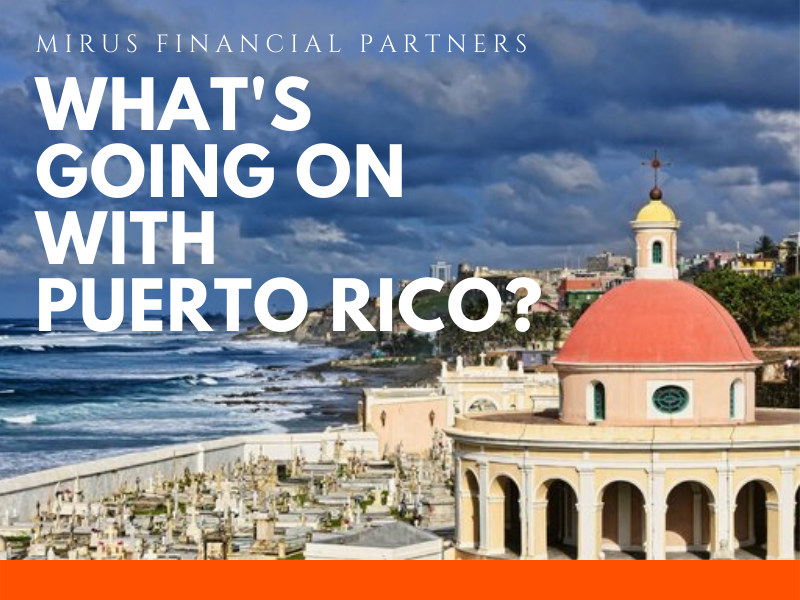 Puerto Rico's debt problems have regained some prominence in the news this past week, as the Commonwealth’s Governor Padilla asserted in a recent speech that they are unable to pay their debt load and that restructuring is required. In addition to the Governor’s comments, on June 29, S&P lowered its credit rating to CCC- from CCC+. While Puerto Rico’s liquidity profile has deteriorated, they made their short term note payment on June 30 and utility payment on July 1. A Puerto Rico restructuring on all outstanding bonds would affect approximately $73.7 Billion in debt.

Some form of default appears inevitable in the near future, and concerns have increased as to whether effects will spill over into other areas of the market.

We believe that a default would add to recent market volatility, but that it, as an isolated event, would not lead to a domino effect with far reaching ramifications. The effects are most visible in the municipal bond space, but are expected to be temporary. We are not alone in our view. JP Morgan opined that we do not expect meaningful negative contagion from Puerto Rico to the broader market.

That Puerto Rico borrowed too much and needs help outlining a plan for repayment is well known to investors by   now. In fact, some commentators have referred to the situation as the market’s slowest train wreck. Many of the risks are known and are not new, however reaching a solution to the problem has been complicated by the inaccessibility of Chapter 9 restructuring, since Puerto Rico is a Commonwealth, not a state. Modifications to Chapter 9 legislation are currently being discussed in Congress.

There are some similarities to the Greek situation, in that Puerto Rico took advantage of artificially low financing costs and borrowed far more than their economic growth could sustain. Structural economic reforms have been recommended and largely ignored by their government. One large difference, however, is that, as a territory of the United States, it is believed that some form of negotiated or legislated solution is a higher probability outcome, thereby limiting contagion into other market sectors. Any default has unforeseen effects, but some form of agreement appears more likely so it is expected to be handled in a more orderly, managed manner.