What to Look for in a Bear Market 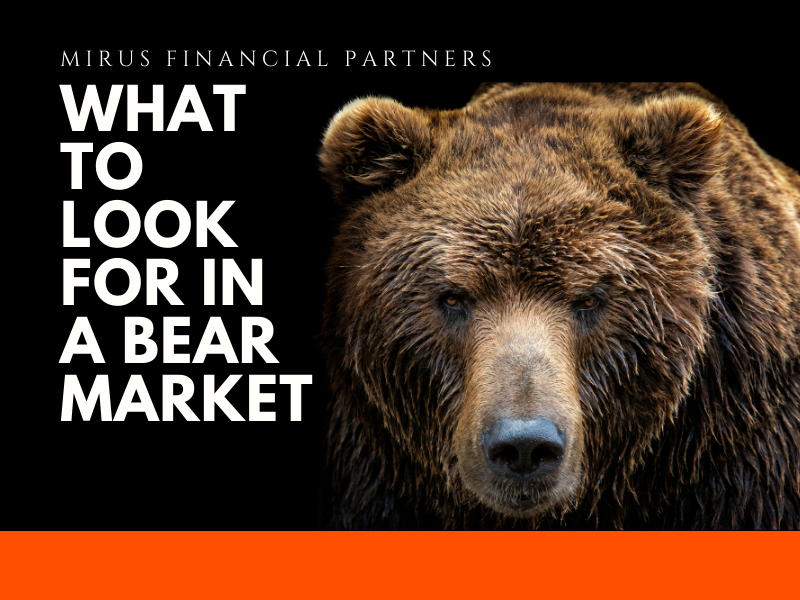 There’s no doubt about it. We’re in a bear market. But, of course, markets change regularly, and even down markets offer real investing opportunities. So here are some tips professional investors use to track bear markets and make the most of market dips.

Stocks lose 36% on average in a bear market1

Once the bear market ends, stocks gain 114% on average during a bull market.

There have been 26 bear markets in the S&P 500 Index since 1928. However, there have also been 27 bull markets—and stocks have risen significantly over the long term.

Bear markets tend to be short-lived

That’s the long-term average frequency between bear markets. Though many consider the bull market that ended in 2020 to be the longest on record, the bull that ran from December 1987 until the dot-com crash in March 2000 is technically the longest (a drop of 19.9% in 1990 nearly derailed that bull, but just missed the bear threshold).

Bear markets have been less frequent since World War II

Another 34% of the market’s best days took place in the first two months of a bull market—before it was clear a bull market had begun.2 In other words, the best way to weather a downturn could be to stay invested since it’s difficult to time the market’s recovery.

There have been 26 bear markets since 1929, but only 15 recessions during that time.3 Bear markets often go hand in hand with a slowing economy, but a declining market doesn’t necessarily mean a recession is looming.

Assuming a 50-year investment horizon, you can expect to live through about 14 bear markets, give or take

Although it can be challenging to watch your portfolio dip with the market, it’s essential to remember that downturns have always been a temporary part of the process.

Bear markets can be painful, but overall, markets are positive a majority of the time

In the last 92 years of market history, bear markets have comprised only about 20.6 years. Put another way; stocks have been on the rise 78% of the time.

Bear Markets Have Been Common 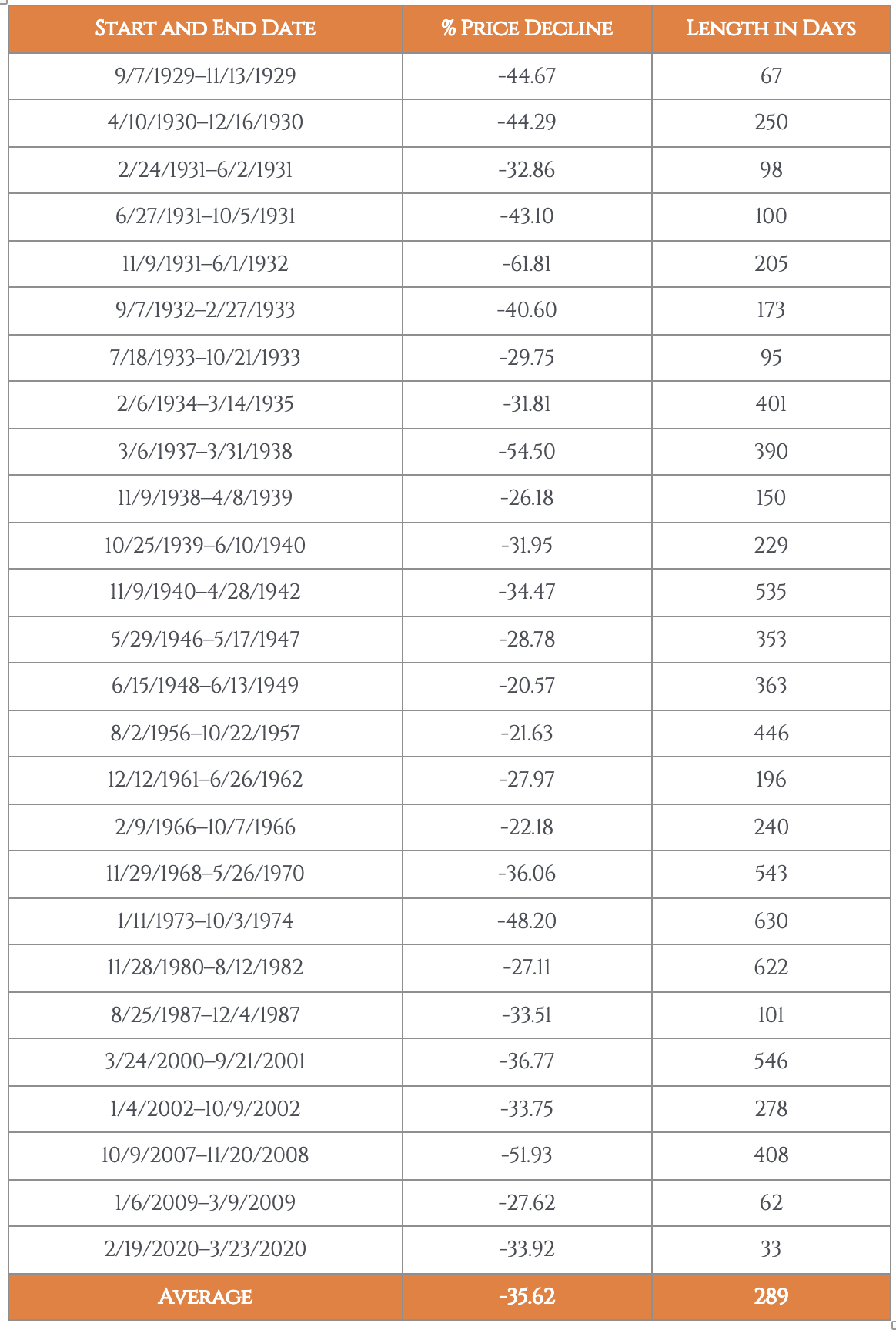 Past performance does not guarantee future results. Investors cannot directly invest in an index. As of 12/15/21. Source: Ned Davis Research, 12/21.

1 Source for bear/bull market stats is Ned Davis Research as of 12/15/21 unless otherwise noted.

Important risks: Investing involves risk, including the possible loss of principal. Diversification does not ensure a profit or protect against a loss in a declining market.

This material is provided for educational purposes only.