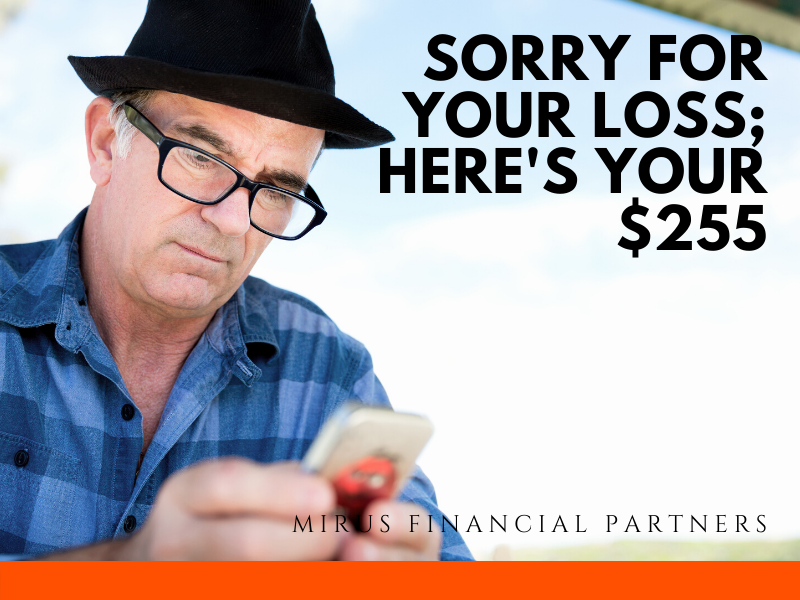 Folks considering final arrangements such as wills, powers of attorney, and last wishes may be surprised by the size of the Social Security lump sum death benefit they'll leave their loved ones.  Pssst, it’s tiny.

After a lifetime of paying into the Social Security system, the government provides recipients $255 as a final payment to a surviving spouse or minor child. The amount hasn't changed since 1954.

Social Security says the lump sum was never meant to be a "burial benefit" but was intended to help those who died "poor" before retirement age, so the family would be left with something.

In 1939, the average payout was about $97 ($1,651 in today's dollars, according to a government inflation calculator). In 1940, it was recalculated to be six times the Primary Insurance Amount (PIA), which is what a person's monthly benefit would be at Full Retirement Age. At the time, the average lump sum was bumped to $145.

In a report produced for the House Committee on Ways and Means last year, the Congressional Research Service concludes, "The real value of the death benefit has declined dramatically since it was introduced."

Undaunted, freshman Rep. Mimi Walters, R-Calif., introduced a bill in February calling for an increase to $1,000. The National Funeral Directors Association touted the legislation and said the organization "worked with" Walters to develop it.

Walters did not herald the bill's introduction with a news release on her website. The bill was assigned to a committee, where it remains. If history is an indication, don't expect an increase.