How Did the New Tax Law Affect You?

Submitted by MIRUS Financial Partners on May 27th, 2019 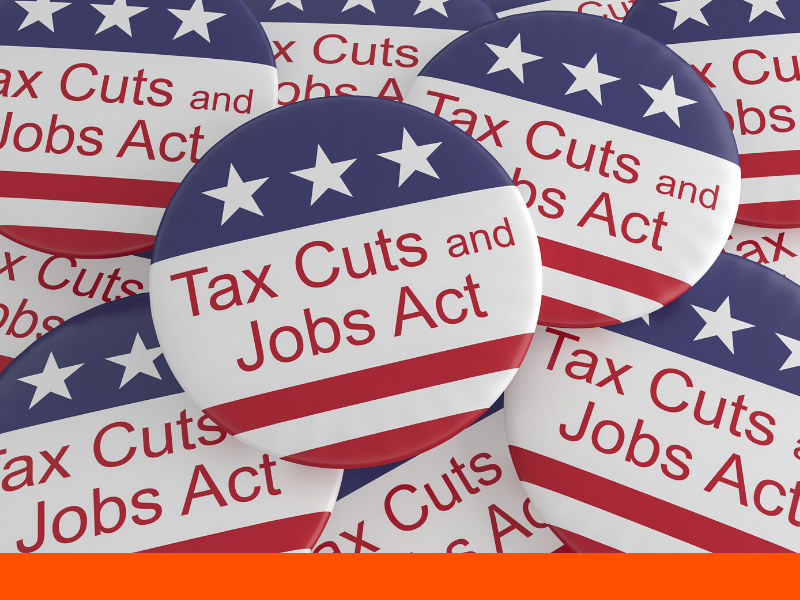 In December 2017, the U.S. Congress passed The Tax Cuts and Jobs Act (TCJA), making significant changes to the U.S. tax code. American taxpayers were able to see how the TCJA affected them for the first time on their 2018 returns. There seems to be some confusion on how the new tax law affects us. According to an April 2019 Gallup poll, 43% of Americans report they are not sure how the new tax law affects them.

In that same poll, only 14% of respondents reported that their taxes went down, even though independent analyses and preliminary tax filing data indicates that 65% of Americans owed less in federal taxes in 2018 (below). 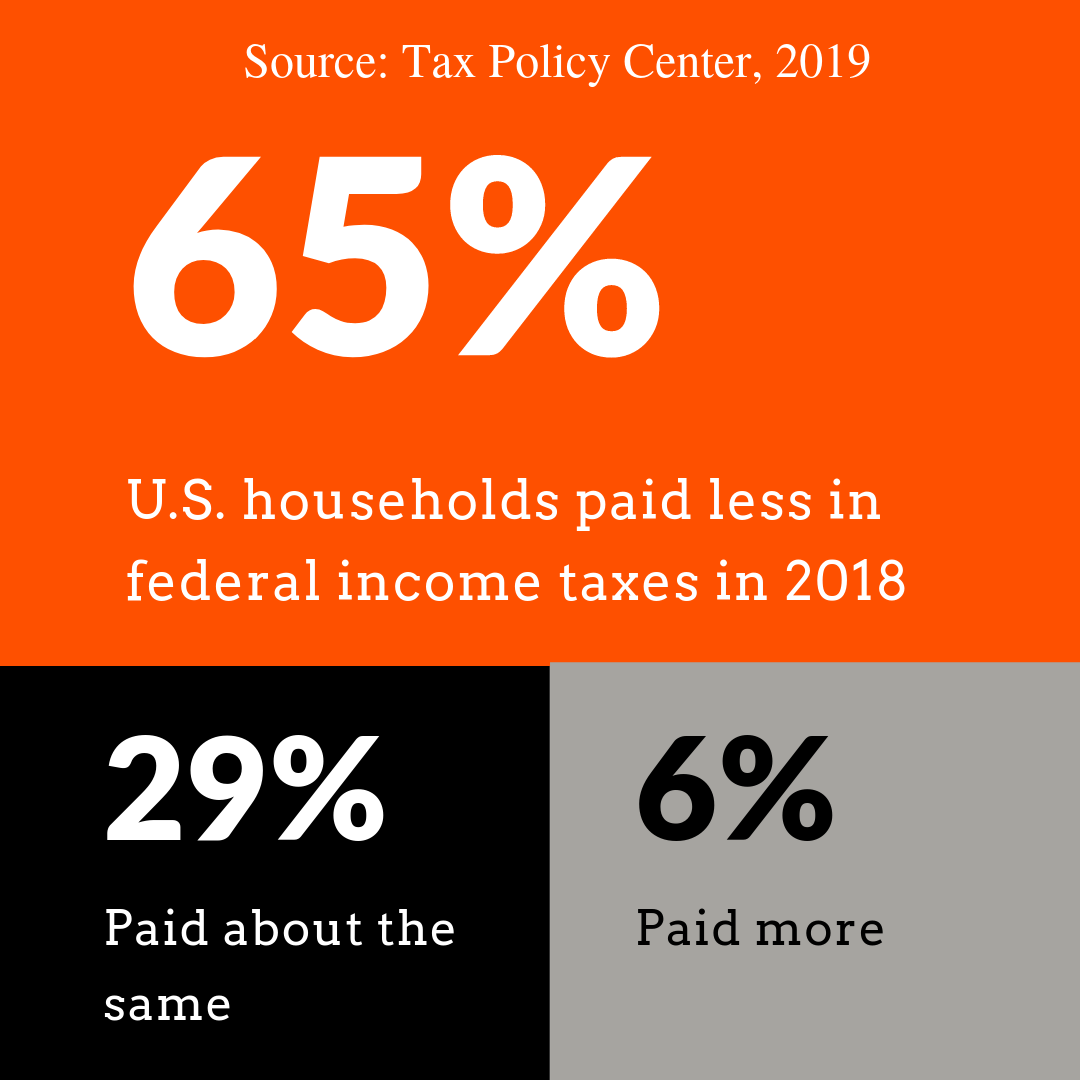 Why are taxpayers confused? Many don’t pay attention to employer withholding statements. Additionally, potential increases in take-home pay are less noticeable when divided among a year’s worth of paychecks. And finally, respondents may not be comparing year to year withholdings, or even track taxation carefully.

What Was the Impact of the TCJA?

While the standard deduction amounts for 2018 roughly doubled to $12,000 for single filers and $24,000 for married taxpayers filing jointly, personal exemptions ($4,050 in 2017) for yourself, your spouse, and your dependents were eliminated. For many taxpayers, the expanded child tax credit offset the loss of personal exemptions, but families of four or more might have ended up paying a bit more.

Some tax deductions commonly used by high earners were modified, capped, or eliminated. For example, the itemized deduction for state and local taxes (SALT) was capped at $10,000 ($5,000 if married filing separately). While this changed resulted in tax increases for some in high-tax states, the overall limit on itemized deductions that applied to higher-income taxpayers (commonly known as the "Pease limitation") was repealed. Additionally, fewer taxpayers were subject to the alternative minimum tax.

As you can see, while taxes structures changed, they did not get simpler. A variety of factors, including earnings, filing status, dependents, and your state of residence, will still affect your taxation. The changes in marginal tax brackets mean that much of your income could be taxed at lower rates. But other provisions may mitigate that benefit.

Taxes are still complicated, so it’s wise to consult a tax professional to review the relevant changes and help you reduce your tax liability in 2019 and beyond.

How to Track and Balance Your Withholdings

While it may seem that most people would want to keep their money in hand instead of overpaying in taxes, according to The Internal Revenue Service, about 73% of 2018 tax returns showed a refund, averaging $2,725. That means that 73% of people overpaid and were owed a refund.

Ideally, tax withholdings should equal your tax liability resulting in nothing owed, and nothing refunded. By overpaying, and getting a refund, you are, in effect, loaning your money interest-free to the government. Life changes can also affect your tax status, so it’s important to review your withholdings when you get married, divorces, have children, or children age out of the deduction category.

If you owed taxes in your 2018 return, it might be smart to bump up your withholding to avoid owing taxes in 2019 and beyond. Similarly, if you received a large refund, considered reducing tax contributions, and use that extra cash for retirement savings.

And just ticking the appropriate boxes on your W-4 isn’t always enough. The IRS formulas are developed to err on the high side. Use the IRS’s online calculator to determine the appropriate amount of withholding. If you think you should change your withholding, submit a revised W-4 to your employer. And make sure your W-4 is current: a new W-4 Form should be rolling out sometime in 2019.